What Is The Ethereum Blockchain?

On a pure business level, the Ethereum blockchain is an open-source network that has finance, governance, marketplace, and other functions built-in. These functions allow developers to build the next generation of decentralized applications that are censorship-resistant, that promote transparency, accountability, and promote anonymity and neutrality.

Ethereum has been compared to Bitcoin in the past, and rightfully so, given that they are cryptocurrencies and they share common elements, such as a p2p network, cryptography for digital signatures, and currency. The main difference lies in the fact that Bitcoin was originally built to be a form of digital currency or store of value, which limits its use case. Ethereum on the other hand was built to serve as a programmable blockchain, capable of executing custom code.

What are the main components of a Blockchain?

In recent years, blockchain technology has emerged as a potential game-changer in a wide range of industries. From finance and healthcare to supply chain management and beyond, blockchain is being used to create more efficient, secure and transparent systems.

With its potential to streamline processes and reduce costs, it’s no wonder that blockchain is being hailed as a transformative technology. In the coming years, we’re likely to see even more innovative applications of blockchain across a wide range of industries.

An open and public blockchain generally has the following components:

As of this writing, Ethereum is still using a Proof-of-Work consensus mechanism. This makes it more energy-consuming but will be migrating to ETH 2.0, with the introduction of Proof-of-Stake.

Most developers tend to compare a blockchain to a typical database that can store arbitrary data. But there are a couple of differences between both ecosystems that are worth mentioning. With traditional databases, transactions are instant and recorded permanently; There is no need for approval in order to record a specific transaction. In the Blockchain world, there is no guarantee that a transaction will be validated and stored on the chain permanently. A typical database could run on one server, but to function properly, a blockchain requires multiple nodes to be connected to each other in order to validate transactions.

To ensure decentralization and increase participants’ confidence in the system, a blockchain relies on a set of rules called Consensus Protocols that will also guarantee the validity of transactions/operations.

A consensus protocol represents an agreement between nodes running the peer-to-peer network, on how transactions should be processed and validated. When Ethereum was founded, it introduced Proof-of-Work, but other Consensus protocols emerged as we will discuss next.

For a Smart Contract developer, it is not important to understand the mechanisms behind these protocols, but simply be aware of their existence and how it impacts their Blockchain Development journey.

In a traditional database, it is implicitly assumed/given that transactions will never be reverted, in most cases.  When the transaction goes through, the chances of rolling it back are slim. In the blockchain space, there is no guarantee a valid transaction will be approved and stored on-chain. Let’s say for instance that a blockchain is built to handle 50 transactions per second and for one reason or another, it receives 60 transactions in its network. 10 transactions will not be processed immediately and will be stored in memory (mempool). In order to process a transaction from the mempool into an actual block, the participant needs to pay higher gas fees to the block creator.

The birth of Ethereum was not an easy one.

Back in 2013, Vitalik Buterin, a young programmer started exploring ways to expand on the original limitations of Bitcoin and its network. The Bitcoin model was a success, but its applications to the real world were very limited. So in December 2013, Vitalik introduced a whitepaper that described his blockchain proposal as Turing-complete. Dr. Gavin Wood, who was a C++ programmer read the paper and offered his help to Vitalik. He will become Co-Founder and CTO of Ethereum afterward. On July 30, 2015, The first block was mined and Ethereum was born.

The Ethereum Blockchain went through major stages of development called “hard forks”. Each hard fork changes the functionality of a blockchain and is not backward compatible. 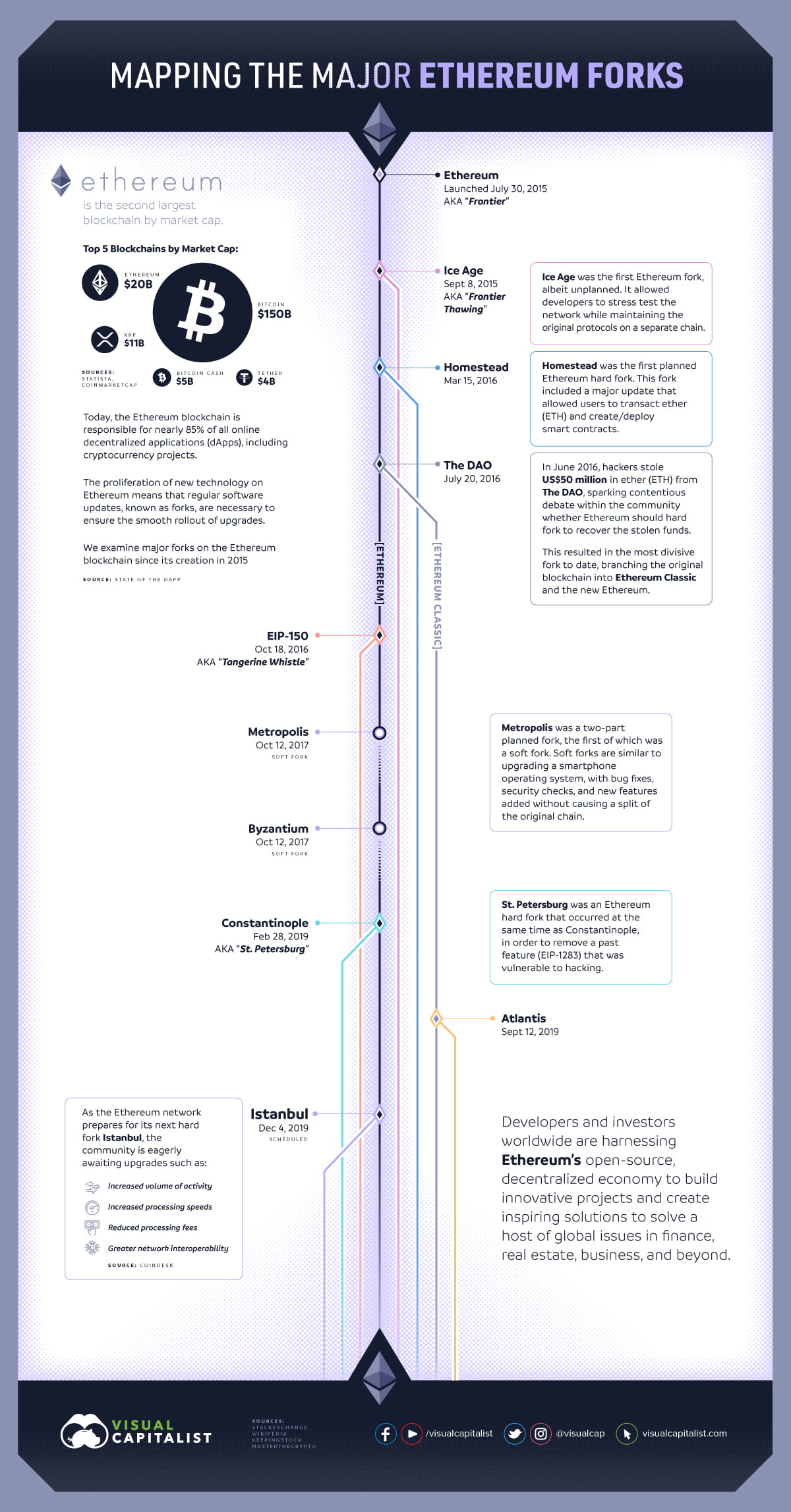 A decentralized application (DApp) is a web application that is built on top of the blockchain. Its bare minimum should always include a Smart Contract and User Interface that interacts with and executes the Smart Contract. The success of Ethereum has allowed developers to expand the notion of blockchain to other components, such as Decentralized Storage (Swarm, IPFS), Decentralized Messaging (Whisper), etc.

The Web 2.0 term was first introduced in 2004, which describes the web as more interactive, with responsive interfaces and user-generated content. Dr. Gavin Wood later introduced Web3 as the next evolution of the web, dominated by decentralization in every single aspect of the internet, from network protocols to storage, to messaging, etc.

web3.js is a JavaScript library that allows traditional web developers to interact with the Ethereum blockchain through the browser, and build web3 DApps.

Why Should You Learn Ethereum Blockchain?

Learning about blockchain, in general, is not easy, as it requires some knowledge in other domains, such as programming, cryptography, economy, networks, etc. Ethereum’s original vision of building a public and general-purpose blockchain has made the learning curve of blockchain less steep.

Given the massive community of developers behind Ethereum and the pace with which it is growing, it is the easiest and simplest way to get started in blockchain development. The Ethereum development community has built various tools that allow newbies to get up and running quickly.

That’s why Ethereum is often referred to as “The World Computer”.

Hit enter to search or ESC to close