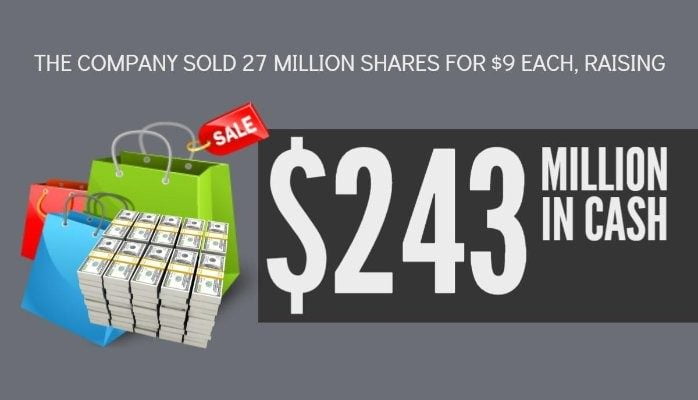 The Square IPO: What You Need To Know

One month ago (Nov. 19), Jack Dorsey’s Square went public at a lower valuation than what private investors believed the company was worth.

Square has set its IPO at $9 a share, implying a valuation of $2.66 billion for the company. That’s significantly lower than the $6 billion valuations suggested by the company’s last private fundraising round.

The company had an incredible first day as a publicly-traded company, with shares soaring 45%. The company sold 27 million shares for $9 each, raising $243 million in cash. At closing time on the New York Stock Exchange, the stock price was up to $13.07.

Who are Cashing on the IPO?

Square is making commerce easy for everyone. Whether a business needs to accept credit cards, manage a full point of sale system, or sell online, Square offers simple and affordable tools so businesses of all sizes can start, run, and grow. The company began with a free credit card reader for the iPhone, iPad, and Android devices, allowing businesses to accept credit cards anywhere, anytime, for one low, transparent rate. Square now offers a full suite of hardware and software tools including Square Register, Square Stand, Square Market, Square Wallet, and Square Cash. Founded in 2009, and headquartered in San Francisco, Square is currently available in the United States, Canada, and Japan.

Hit enter to search or ESC to close